Anatomy and Physiology Study Guide for Speech and Hearing

Current and Future Developments in Physiology 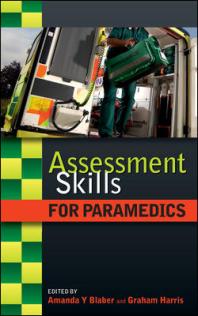 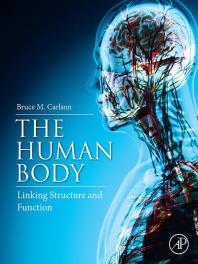 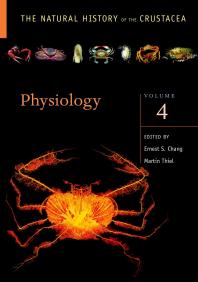 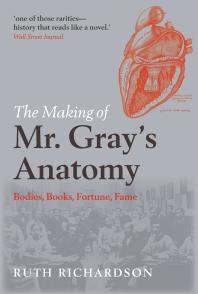 Anatomy & physiology : the unity of form and function

The human body : an illustrated guide to its structure, function, and disorders

Structure and function of the musculoskeletal system

BrainMaps.com
BrainMaps.org is an interactive multiresolution next-generation brain atlas that is based on over 20 million megapixels of sub-micron resolution, annotated, scanned images of serial sections of both primate and non-primate brains and that is integrated with a high-speed database for querying and retrieving data about brain structure and function over the internet. Currently featured are complete brain atlas datasets for various species, including Macaca mulatta, Chlorocebus aethiops, Felis catus, Mus musculus, Rattus norvegicus, and Tyto alba.
Digital Anatomist: Interactive Brain Map (University of Washington)
Includes 2-D and 3-D views of the brain from cadaver sections, MRI scans, and computer reconstructions. From the Dept. of Biological Structure and the Integrated Academic Information Management Systems (IAIMS) Program, Univ. of Washington, Seattle.
The Human Brain Atlas (Michigan State University)
Includes both electronic anatomically labeled three-dimensional atlas of the human brain created from MRI images and anatomically labeled stained sections that correspond to the three-dimensional MRI images.
Whole Brain Atlas (Harvard University)
"This is your brain in pictures. The best visual representation of what's inside your head gets even better. How many other sites offer you the top 100 (actually 106) brain structures? Each sub-page here consists of a nifty graphic and plenty of medical terms that, quite frankly, we don't understand. The folks at Harvard also display the visual results of brain ailments like stroke and Alzheimer's -- even Mad Cow Disease. Some section contain accompanying lecture notes and nearly all are geared.
Muscle Atlas - Musculoskeletal Radiology (University of Washington)
Master Muscle List (Loyola University)
View muscles by region or an alphabetical listing.

"Public online database, free of charge, edited by specialists in the field." Endorsed by the International Council of Ophthalmology.
Anatomia Collection 1522-1867
This collection features approximately 4500 full page plates and other significant illustrations of human anatomy selected from the Jason A. Hannah and Academy of Medicine collections in the history of medicine at the Thomas Fisher Rare Book Library, University of Toronto. Each illustration has been fully indexed using medical subject headings (MeSH), and techniques of illustration, artists, and engravers have been identified whenever possible. There are ninety-five individual titles represented, ranging in date from 1522 to 1867.
Anatomy of the Human Body (Henry Gray)
This edition of Gray’s Anatomy of the Human Body features 1,247 engravings—many in color—from the classic 1918 publication, as well as a subject index with 13,000 entries ranging from the Antrum of Highmore to the Zonule of Zinn.
Historical Anatomies on the Web (US National Library of Medicine)
Historical Anatomies on the Web is a digital project designed to give Internet users access to high quality images from important anatomical atlases in the Library's collection. The project offers selected images from NLM's atlas collection, not the entire books, with an emphasis on images and not texts. Atlases and images are selected primarily for their historical and artistic significance, with priority placed upon the earliest and/or the best edition of a work in NLM's possession.
Dermatology Image Bank
Includes images of many different dermatologic disorders. Maintained by the Spencer S. Eccles Health Sciences Library, University of Utah Health Sciences Center. Multimedia items may be downloaded and used for educational purposes.
Dermatology Online Atlas
DermIS.net is the largest dermatology information service available on the internet. It offers elaborate image atlases (DOIA and PeDOIA) complete with diagnoses and differential diagnoses, case reports and additional information on almost all skin disease

A tour of the Cell - Paul Andersen takes you on a tour of the cell. He starts by explaining the difference between prokaryotic and eukaryotic cells. He also explains why cells are small but not infinitely small. He also explains how the organelles work together in a similar fashion.  Time: 14:17.

Cellular Respiration by Bozeman Science - Paul Andersen covers the processes of aerobic and anaerobic cellular respiration. He starts with a brief description of the two processes. He then describes the important parts of the mitochondria. He explains how energy is transferred to ATP through the processes of glycolysis, the Kreb cycle and the Electron Transport Chain. He also explains how organisms use both lactic acid and alcoholic fermentation.  Time: 14:14.

Photosynthesis by Bozeman Science - Paul Andersen explains the process of photosynthesis by which plants and algae can convert carbon dioxide into useable sugar. He begins with a brief description of the chloroplast. He describes the major pigments in a plant (like chlorophyll a and b). He then describes both the light reaction and the Calvin cycle. He finishes with a discussion of photorespiration and strategies for avoiding this problem evolved in CAM and C4 plants. Time: 12:27.

Phases of Mitosis by Khan Academy -Explanation of the phases of mitosis.  Time: 20:42.

Mitosis by Bozeman Science - Paul Andersen describes the process of mitosis. He begins by discussing the importance of the cell cycle in development, regeneration, asexual reproduction and wound healing. He differentiates between haploid and diploid cells and describes the structure of the chromosome. He then moves through all the phases of mitosis; interphase, prophase, metaphase, anaphase, telophase and cytokinesis.  Time: 13:35.

Meiosis by Bozeman science - Paul Andersen explains how the process of meiosis produces variable gametes. He starts with a brief discussion of haploid and diploid cells. He compares and contrasts spermatogenesis and oogenesis. He explains how each person is different due to independent assortment, crossing over and random fertilization.  Time: 13;35.

Mendelian Genetics Bozeman science - Paul Andersen explains simple Mendelian genetics. He begins with a brief introduction of Gregor Mendel and his laws of segregation and independent assortment. He then presents a number of simple genetics problems along with their answers. He also explains how advances in genetic knowledge may lead to ethical and privacy concerns.  Time: 16:04.

DNA Replication - Bozeman science - Paul Andersen explains how DNA replication ensures that each cell formed during the cell cycle has an exact copy of the DNA. He describes the Meselson-Stahl experiment and how it showed that DNA copies itself through a semi-conservative process. He then explains how multiple enzymes, like DNA polymerase, helicase, primase, ligase, and single strand binding proteins copy DNA. He also differentiates between the leading and the lagging strand. He explains how DNA is anti-parallel in nature and how eukaryotic cells have multiple origins of replication.  Time: 10:10.

Transcription and Translation  Bozeman Science -  Paul Andersen explains the central dogma of biology. He explains how genes in the DNA are converted to mRNA through the process of transcription. He then explains how ribosomes use this message to convert the mRNA to a functioning protein. He also shows you how to decode a gene by converting the DNA to complementary mRNA and then to the specific amino acids in a protein.
Time 11:57.