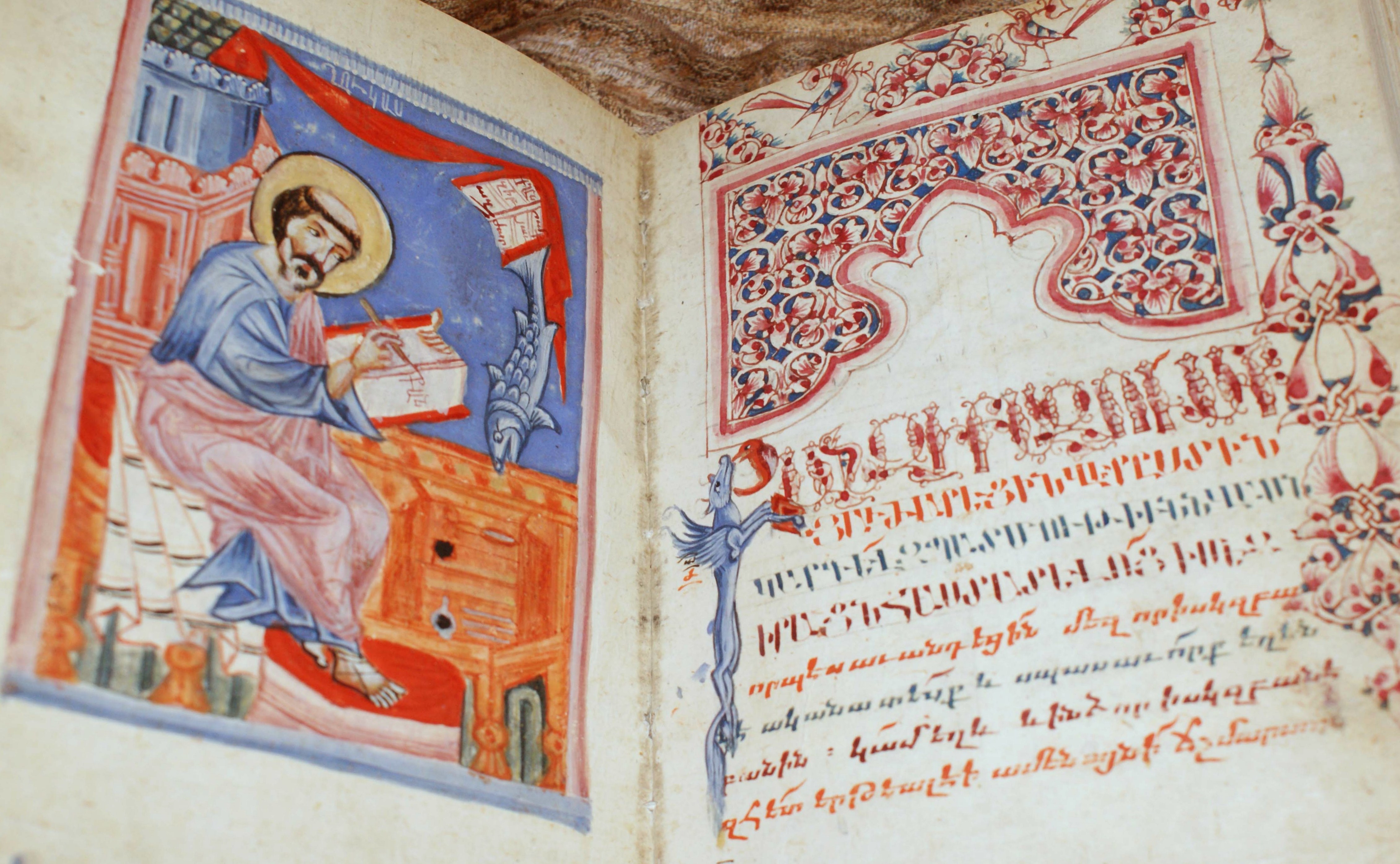 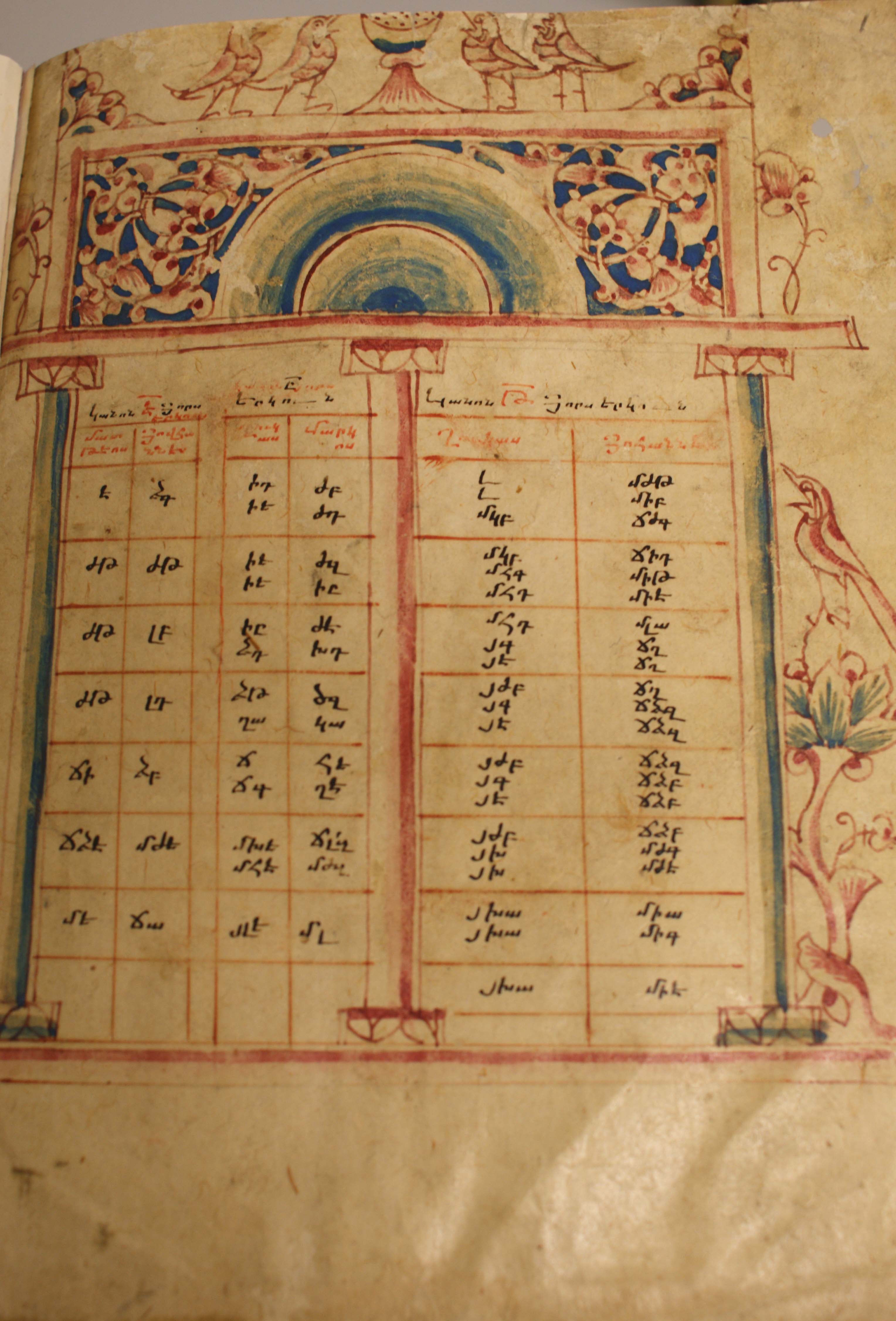 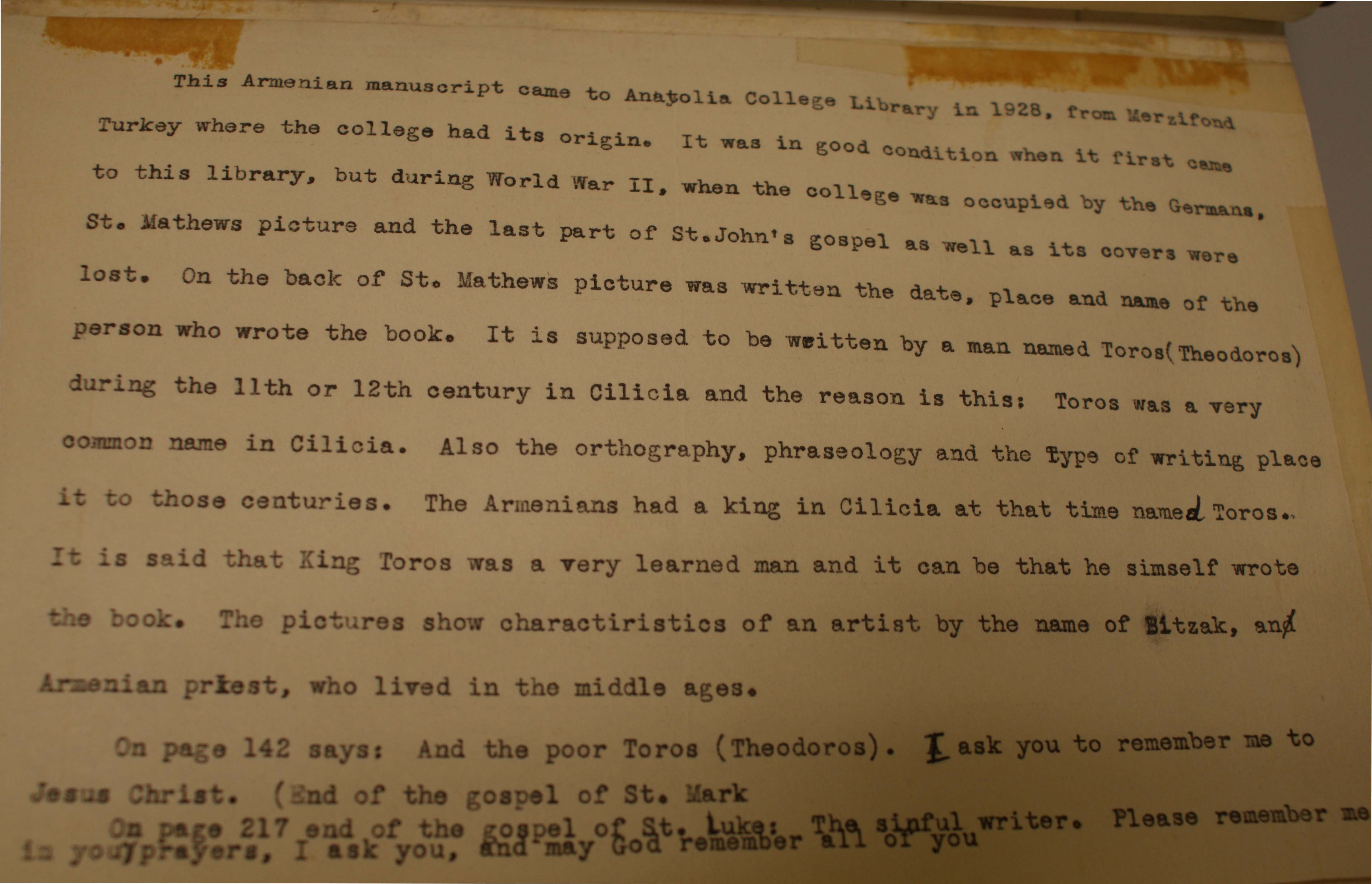 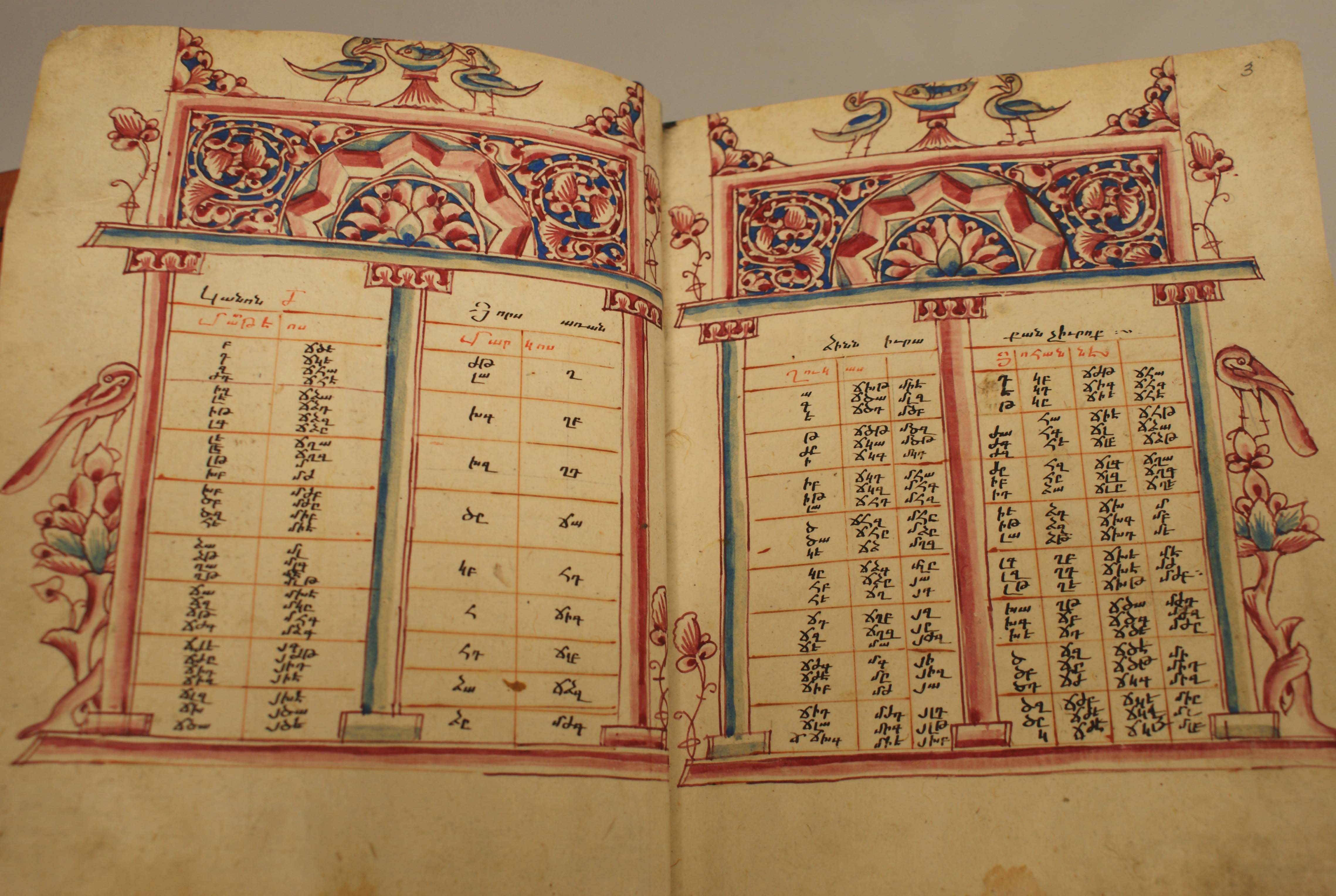 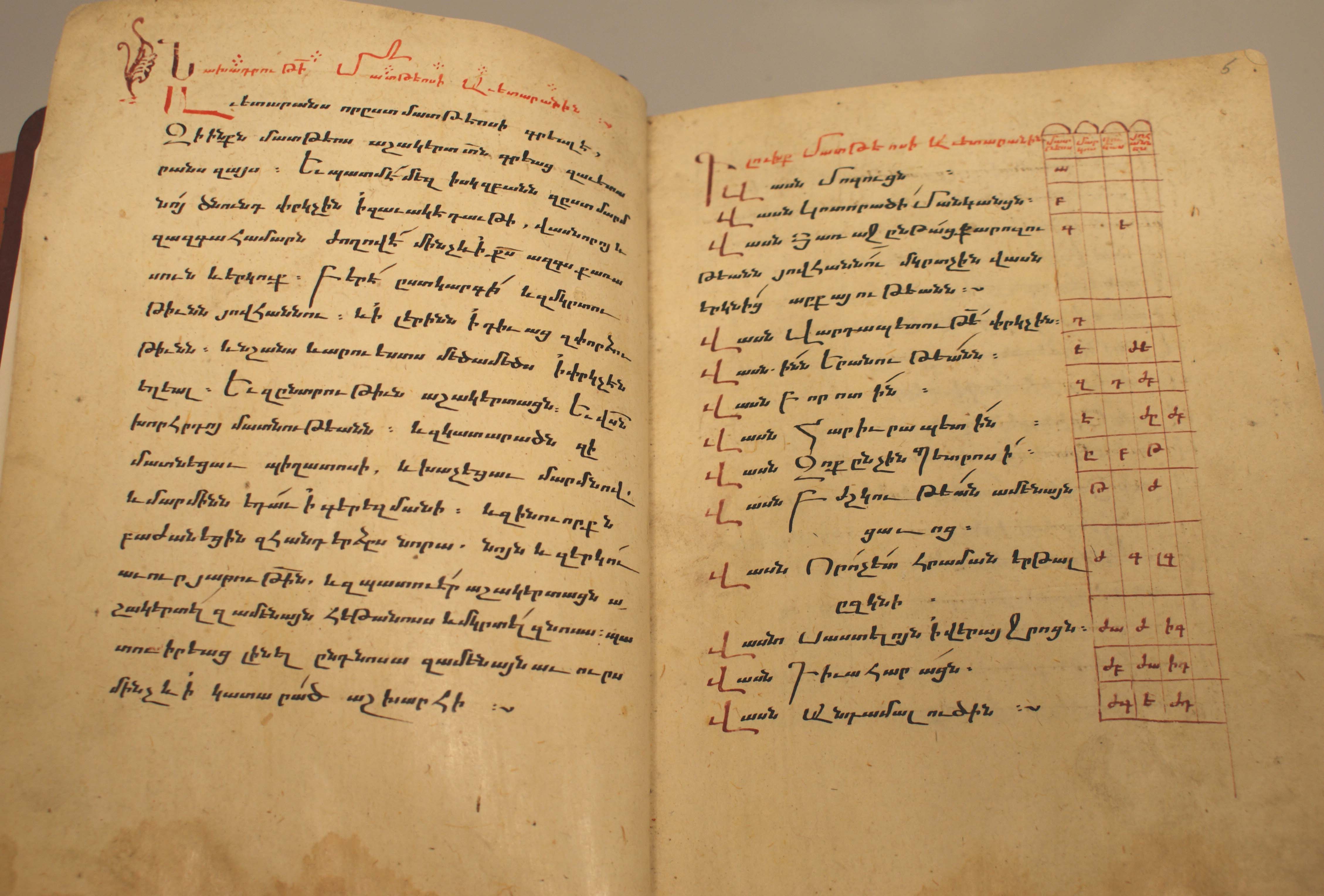 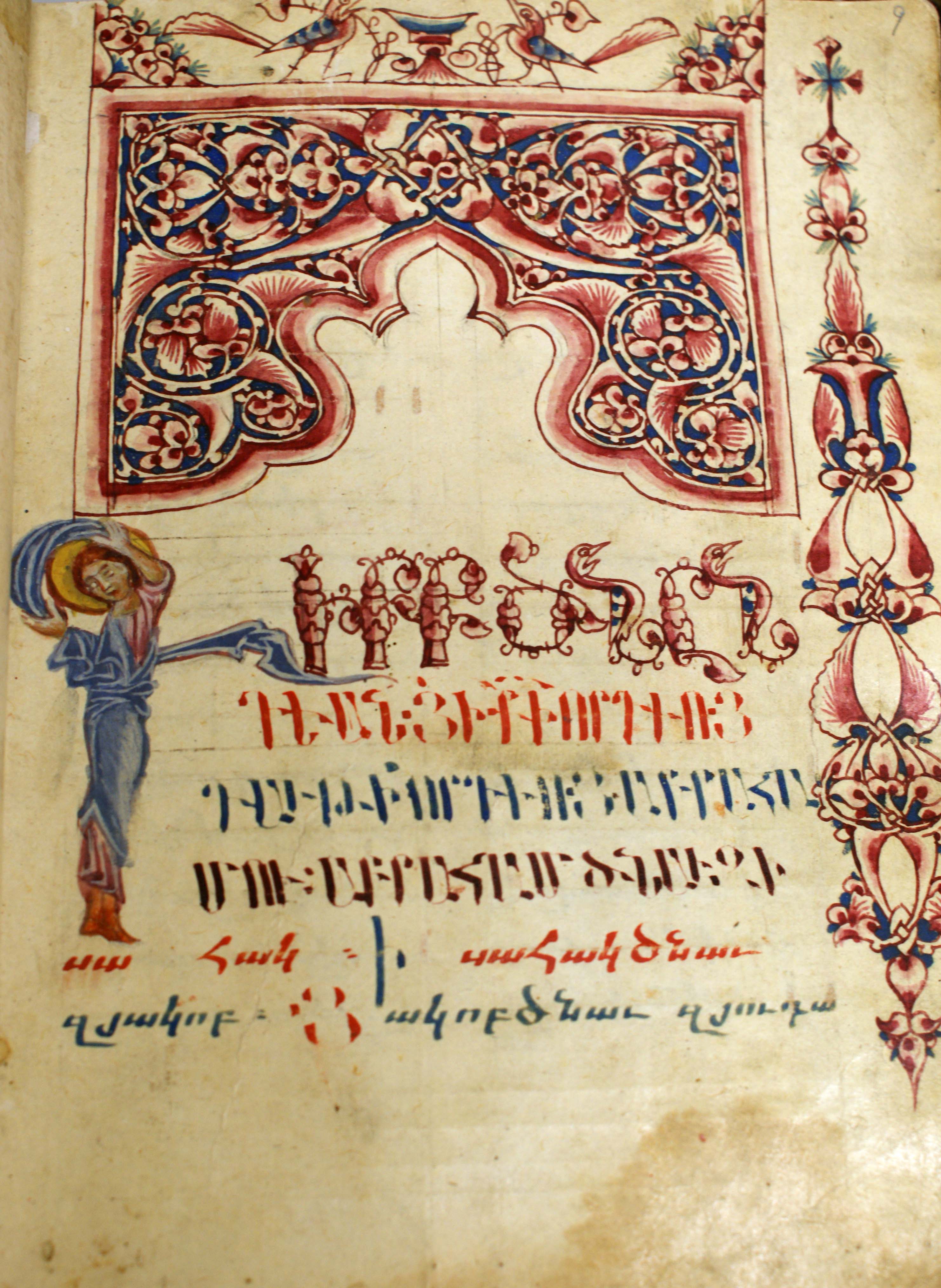 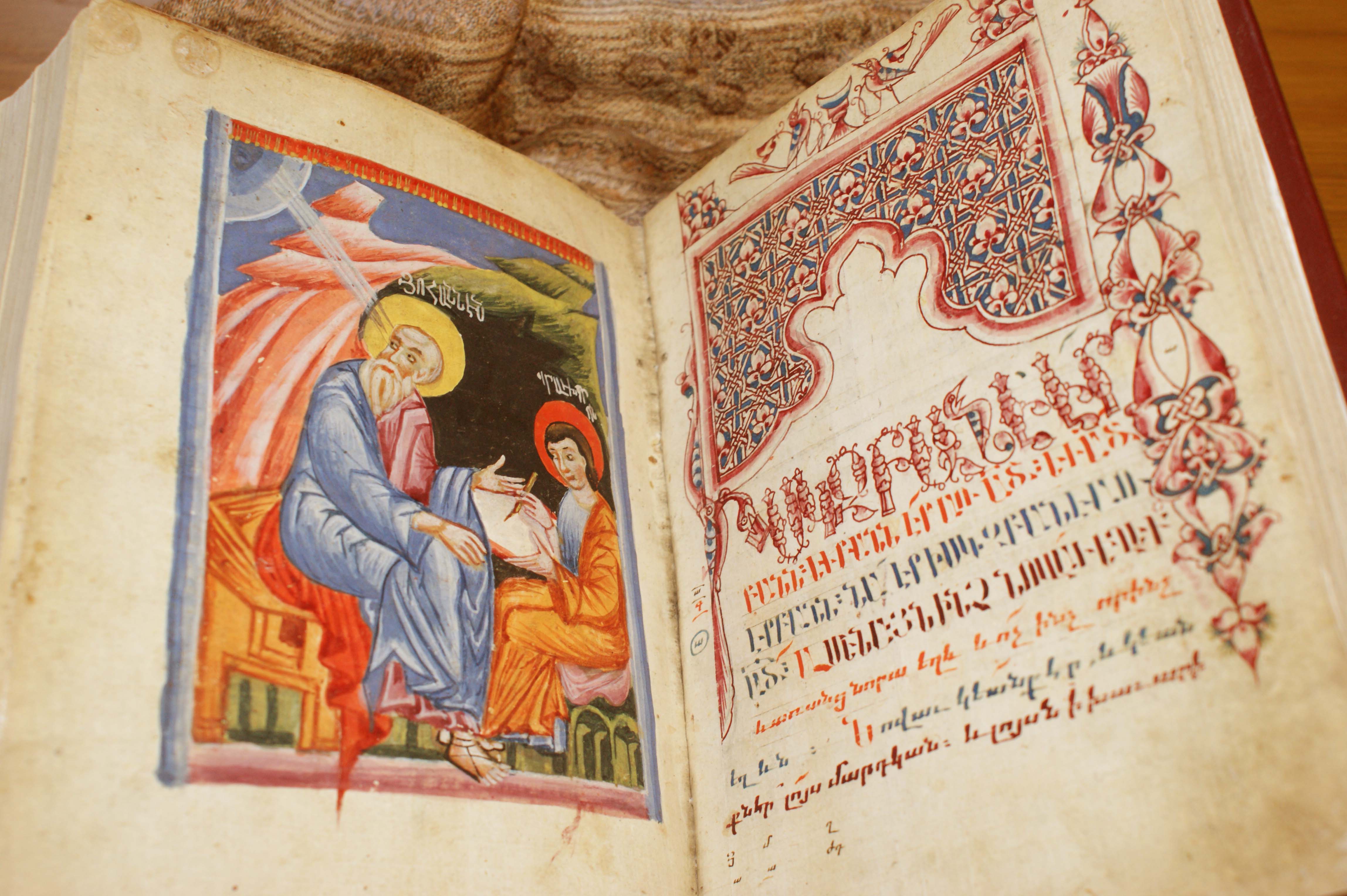 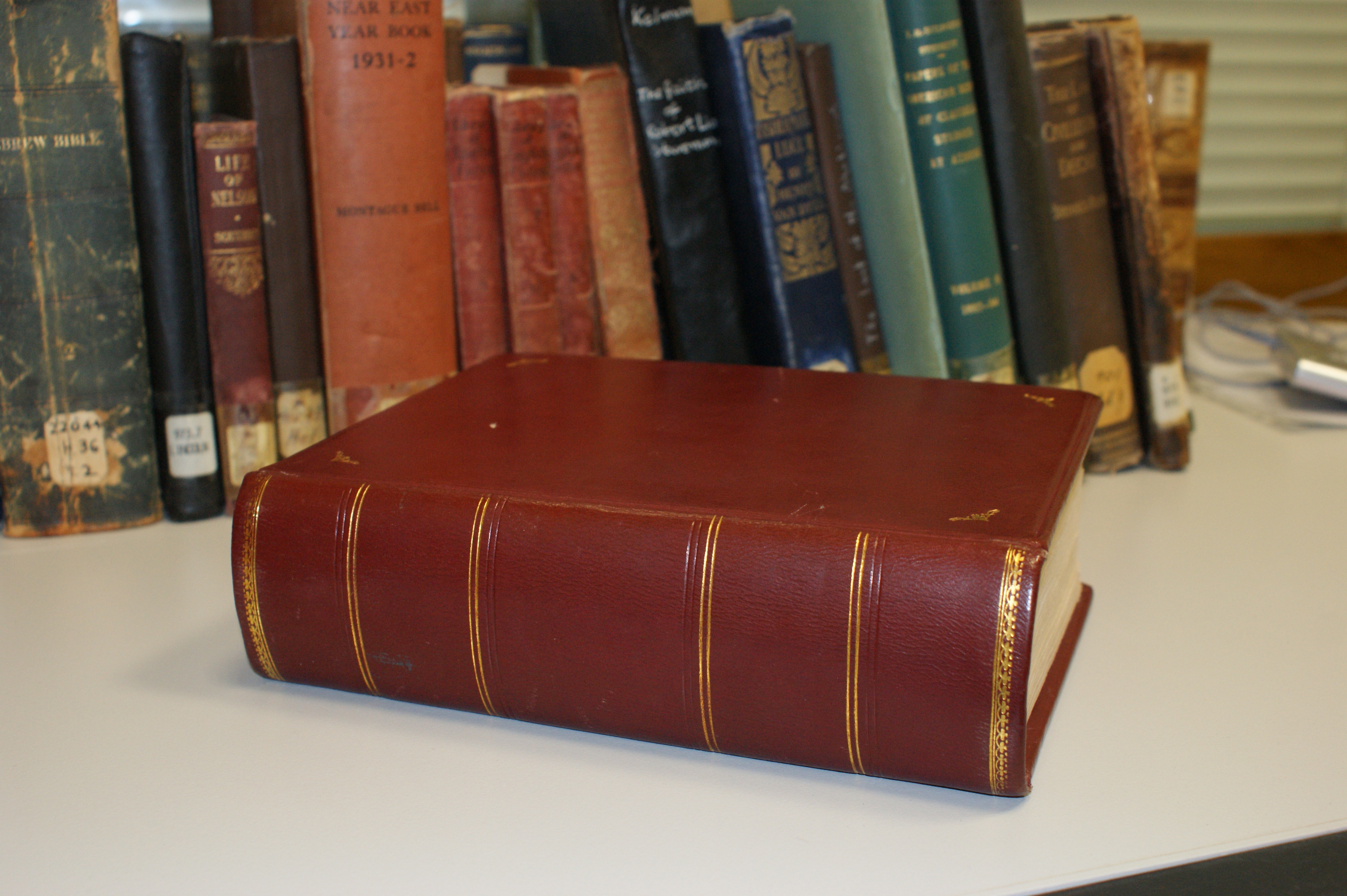 The manuscript is clearly a traditional Armenian Gospel, containing the texts of Matthew, Mark, Luke, and John. This Armenian manuscript came to Anatolia College library in 1928 from Merzifon, Turkey where the college had its origins. It was in good condition when it first came to the library, but during World War II, when the college was occupied by the German's, St. Matthew's picture and the last part of St. John's gospel as well as its covers were lost.

It is supposed to be written by a man named Toros (Theodoros) in Cilicia. There are 262 folio pages on polished, non-watermarked, oriental paper. The text is written in a neat, small bolorgir (miniscule) in two columns of 19 lines each, with initial words of verses in red. Quire signatures are written in Armenian letters at the bottom center of the first and last page of each gathering using the standard Armenian numbers as letters.The book has a recent binding (20th century) in full red leather , it is illuminated but some of the miniatures are now missing.

The dating of the Gospels is a problem because the scribe's colophon, a fancy word for a personal note or memorial written by the scribe after he finished his task of copying, is missing. The miniature paintings with soft renaissance colors and especially the decorative capital letters in the first lines of the incipit pages gives the appearance that we are dealing with a manuscript copied and painted during the Armenian kingdom of Cilicia.

Anatolia College Gospels is a very nice manuscript with unusually fine calligraphy and very pleasing portraits and headpieces, copied by a scribe and artist from a Cilician exemplar.